The data is from here. It was uploaded by reddit user Phycoz, in response to my previous post about Tumblr. Dictionary words searched and counted, were limited by greater than 4 characters in length. The same c# code from the previous post, Words used in Tumblr’s usernames (380,000 users) was used. Wordle for rendering the image. 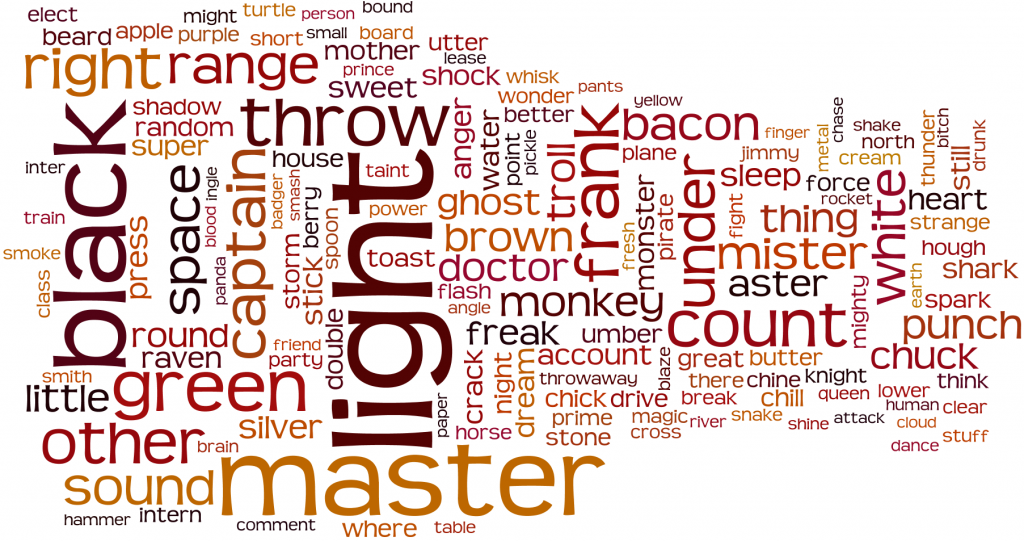