Wikipedia links to information about Conway’s Game of Life, and Moore neighborhood 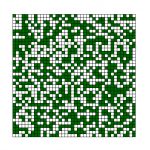 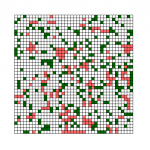 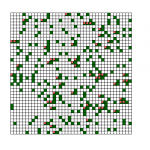 See if you can find all the fan favorite characters such as; the all seeing eye, the plus sign blinker, and/or the Glider spaceship.

END_OF_DOCUMENT_TOKEN_TO_BE_REPLACED

I attempted to create a painter’s landscape. I also added in a special character which has some strange growth properties from a previous post. 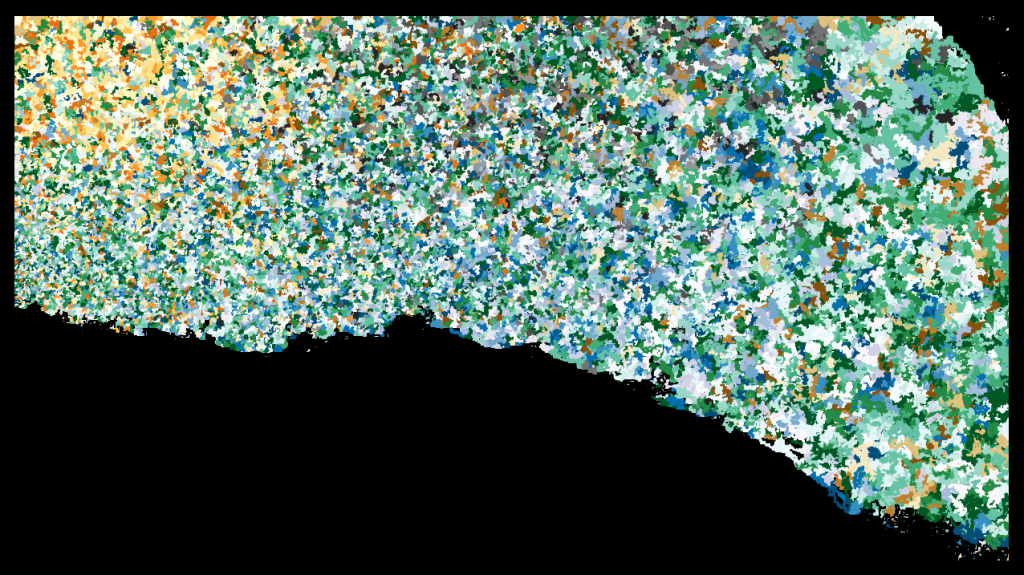 This video was made using Processing (Programming Language). It’s essentially about 1,000 differently colored lines traveling randomly, 1 pixel at a time. There is a condition that if a line is headed in the direction of a black color, it turns around and heads in the opposite direction. Some of the lines themselves are black, which created the “jellyfish”. The code written is a minor variation of Attack on Grayscale.
Camtasia was used for video editing, and the clips were sped up 700% to 4,000% of the original speed. 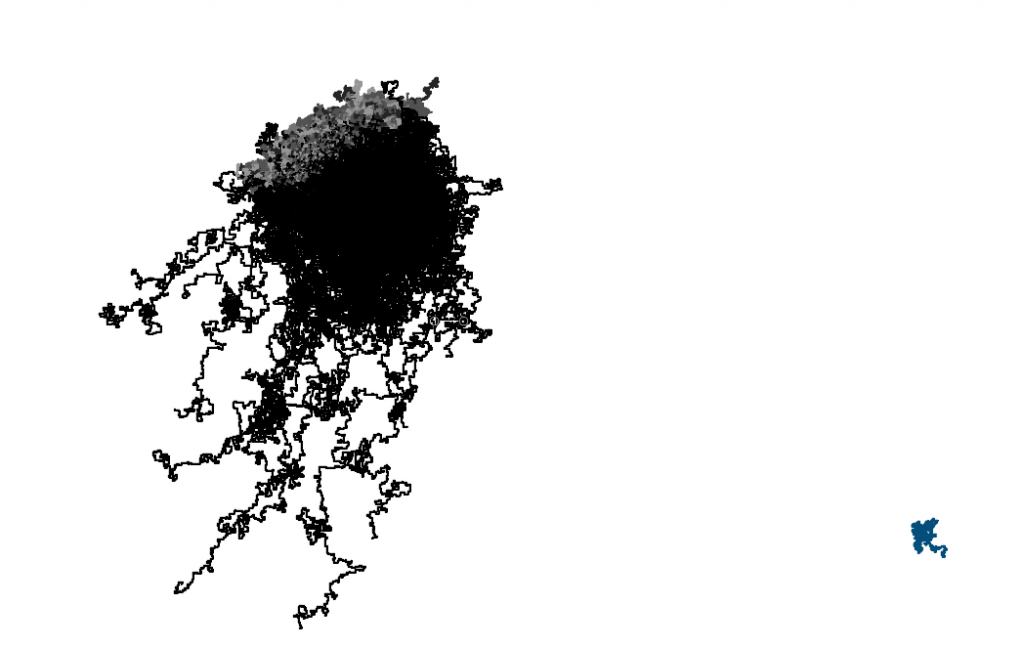 Watch! As color groups consume one another like rabid dogs.

If you want to render it yourself at a speed of 1000% slower, copy and paste this code into Processing.
END_OF_DOCUMENT_TOKEN_TO_BE_REPLACED 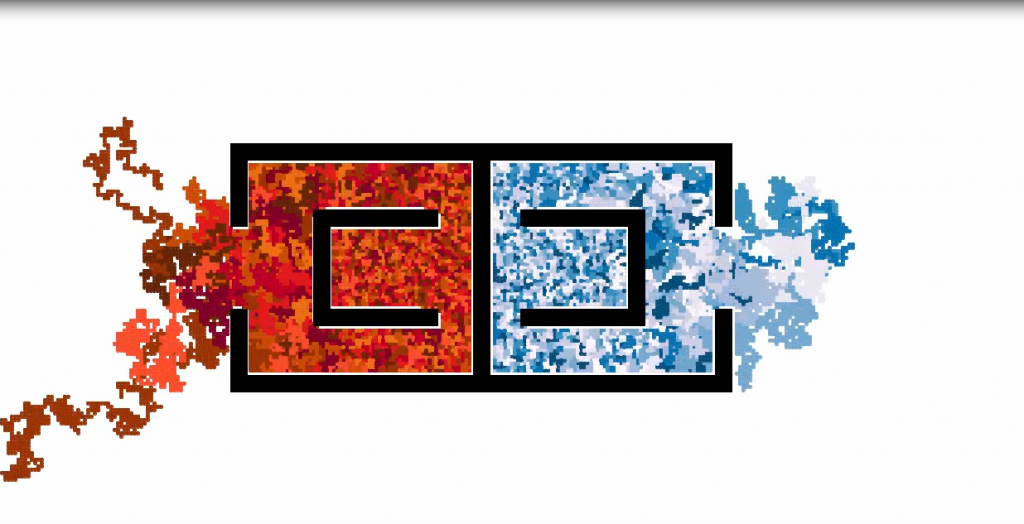 Full screen it! (WARNING: I’ve received a multitude of negative reviews about the music chosen. Also, note that youtube and vimeo compression does not look like the original, especially when smaller snake widths are chosen.) The video is sped up ~400%.

update
Someone asked me how long it would take 1 snake to travel to the other snake color group’s starting point. So I ran the experiment and responded with:

It took my computer approximately ~27 minutes for one snake to reach the other color group’s starting point. Here’s a picture: 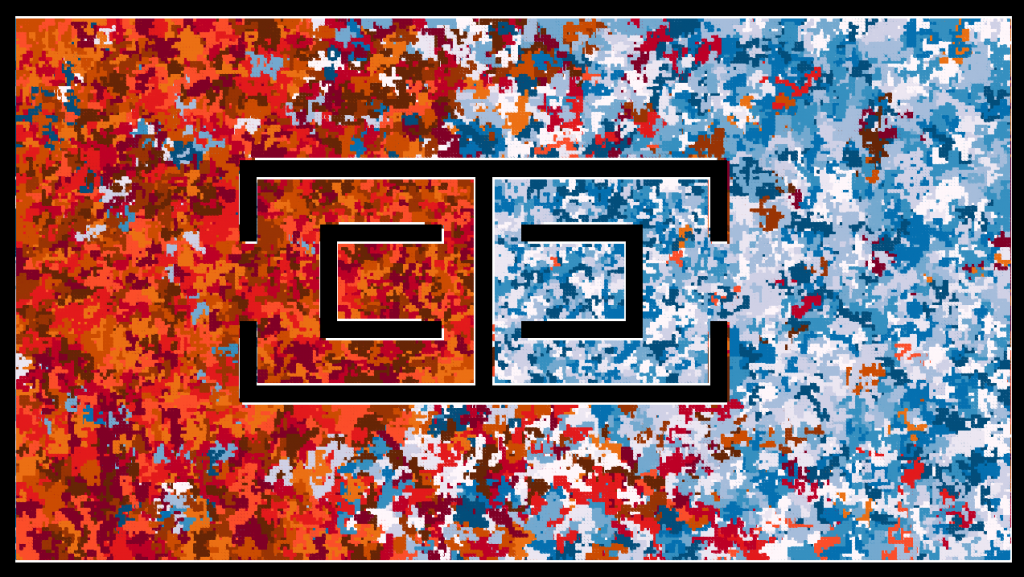 You can see a snake from the red group infiltrated blue’s base. Blue group almost won, got really close, but turned around last minute and lost interest in the objective.

I was thinking, perhaps this could be turned into some sort of high stakes casino game.

Patrons would place bets on either side, and the casino would take a rake from the total pot. Each “red vs. blue” event would be displayed on a huge monitor in a palatial area. The color groups could also be adjusted to match the theme/scheme palette of the casino.

It would be interesting to see a group of people, gathered around, financially invested, yelling angerly at some randomized color generation. 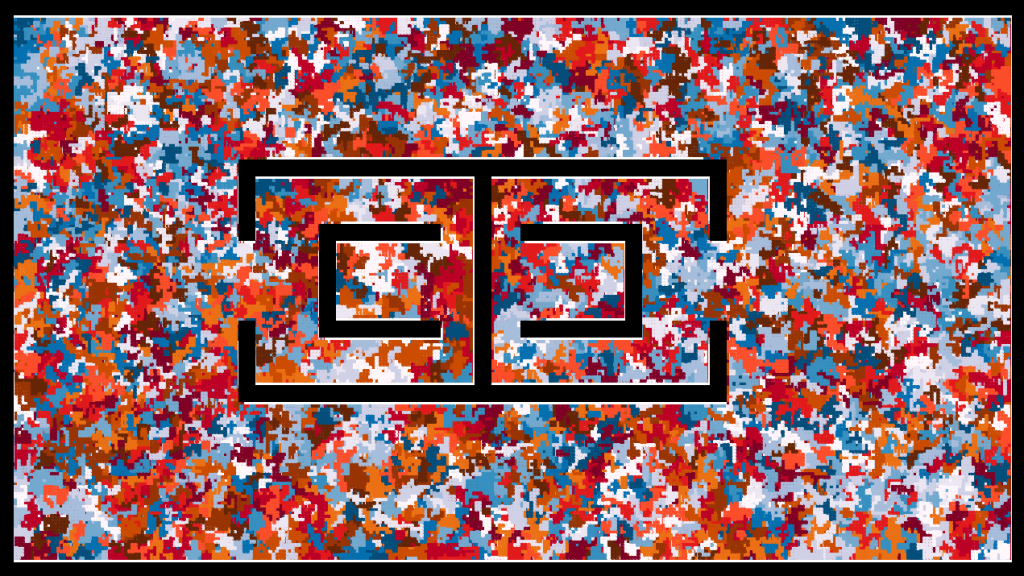 All I need is 1 giant flat screen TV, some sort of cheap dell server, a gambling licence, a marble stone coliseum structure, and electricity,to make my vision a reality.

END_OF_DOCUMENT_TOKEN_TO_BE_REPLACED 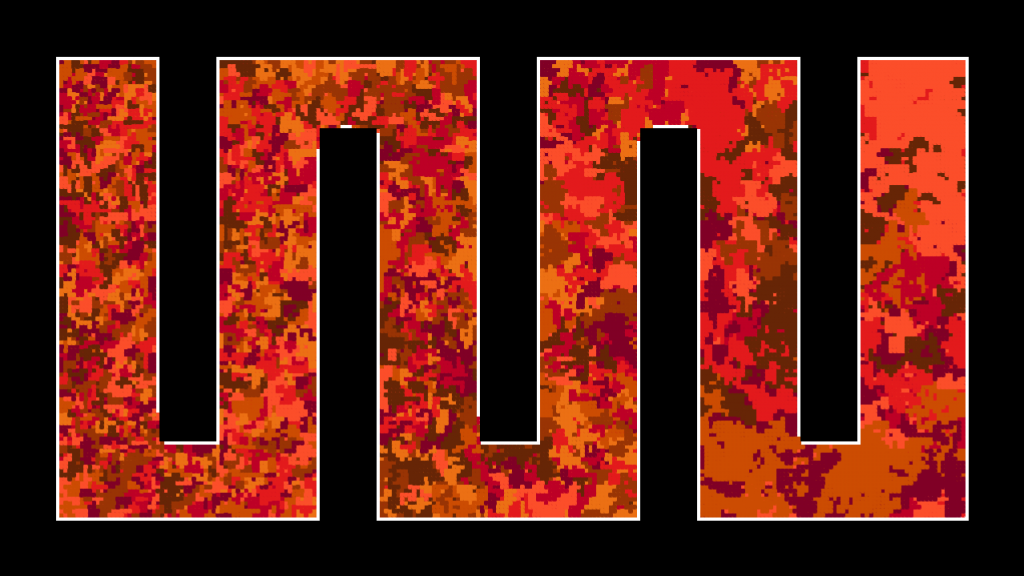 The behavior is slightly different from my previous Processing submission. However, this time the snakes are afraid of black walls, and if they head in the direction of a wall, they turn around in the opposite direction.

END_OF_DOCUMENT_TOKEN_TO_BE_REPLACED

Sweet visualization thingy here https://processing.org/.
I made a video.