In this post, I will demonstrate how you can text mine your own content with a Protege Ontology.  This is a high level post about using ontologies.

Get the name and unique identifier of every concept within the structured ontology.  Then  parse various digital formats (word documents, pdfs, text files, or database columns) for each concept name.  Lastly, record the concept name found, concept id, its frequency of occurrence, and an identifier for which content I found it in. 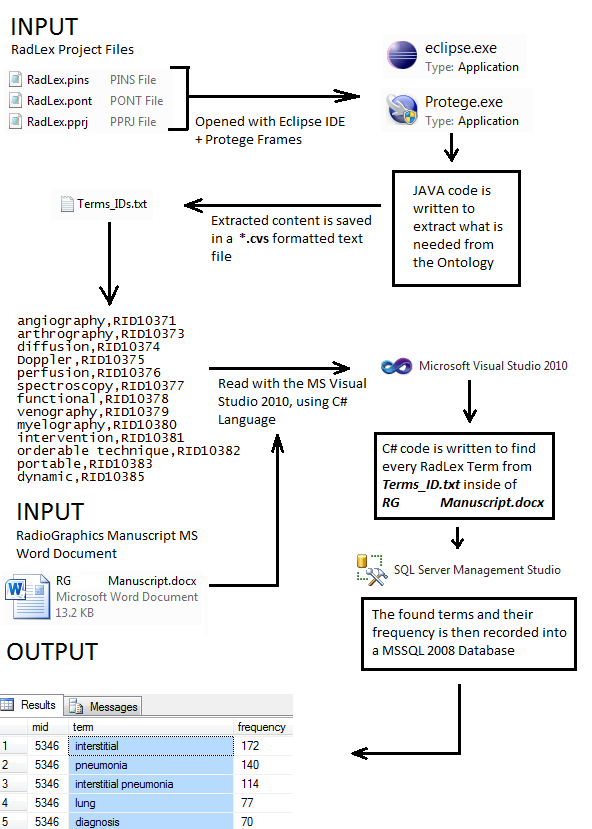 Now you can start playing with the datasets!  Have Fun!  :D

9 thoughts on “Ontology: How to use RadLex Ontology to Index Content?”